Herbal medicine is a well-known and proven method in the fight against many ailments. Herbs for allergies, such as Cistus, chamomile and evening primrose, are often used in natural medicine. Unlike other medications, they usually do not cause side effects. Nettle is very helpful in the fight against allergies, as it has anti-inflammatory properties and is a rich source of vitamins (including A and C). Symptoms of allergy are also alleviated by goldenrod, containing numerous antioxidants. The use of herbs is a good way to treat allergies, as long as you are not allergic to them. Unfortunately, an allergy to herbs can appear at any age, so it is worth knowing how it manifests itself and removing the allergenic agent as soon as possible.

Hypersensitivity to herbs is relatively rare, but diagnosing the disease is quite difficult. Allergic reactions in a person allergic to a specific herb may appear both after consuming a fresh plant and after using a cosmetic with its addition. What herbs are the most sensitizing? How is this type of allergy manifested and how is it treated? Detailed information can be found in the article.

Why do some of us struggle with allergies? Allergy can be caused by virtually any factor that our body recognizes as unknown. This is some kind of disorder of the immune system that does not respond properly to some substances that are delivered to the body. The immune system begins to “fight” the allergen, which is accompanied by unpleasant ailments. Although an allergy may appear in response to prolonged exposure to a strong allergen, the tendency to sensitization is usually passed on through the genes.

An allergic reaction that occurs after consuming a specific herb or spice may in many cases be associated with an allergy to pollen – then we are dealing with cross-allergy. People allergic to birch and mugwort pollen may develop allergy symptoms, especially after eating fennel, anise, cumin and coriander. In turn, people allergic to pollen of herbaceous plants should exclude nutmeg, ginger and cinnamon from their diet. Products that cause allergy symptoms can also include some fruits, such as avocado, banana, strawberries, papaya and apples.

A herbal allergy causes the same symptoms as any food allergy. These include:

In addition to the aforementioned ailments, slight skin changes may also appear. Remember that allergy symptoms may vary, and their severity depends on the amount of herbs consumed and the intensity of the allergenic properties of a given substance. It is very important to detect allergies early in order to effectively alleviate its symptoms.

Anaphylactic shock – what is it and how to recognize it?

It is worth knowing what anaphylactic shock is, because it can occur in any person struggling with a food allergy in reaction to contact with the allergen. It is most common in young children and women. The main symptoms of shock are severe dizziness, hoarseness, shortness of breath, palpitations, and in some cases also vomiting and diarrhea. During anaphylactic shock, blood pressure drops sharply, which can lead to unconsciousness and, in extreme cases, fatal. To prevent the consequences of an anaphylactic shock, adrenaline should be given to the patient as soon as possible, which has a contractile effect on the blood vessels, which restores normal pressure.

What herbs are the most sensitizing?

Interestingly, some herbs can only cause allergies when they come into direct contact with the skin – for example, chamomile. This means that a person who develops an allergic reaction after contact with chamomile infusion does not have to give up drinking chamomile tea.

Photosensitizing herbs are plants that increase the body’s sensitivity to sunlight. May cause allergy to the sun. People who undergo treatments with photosensitizing herbs should minimize exposure to the sun. To prevent unpleasant symptoms, it is worth using creams with a UV filter on a regular basis. In close contact with the sun, phototoxic herbs used internally can cause erythema, swelling, redness, allergic eczema, and in some cases sunburn. Substances contained in herbs, when exposed to sunlight, release free radicals, which leads to acute inflammatory reactions.

The most photosensitizing plant is St. John’s wort, used, among others, in the treatment of depression. Other phototoxic herbs include:

Allergy to herbs and used cosmetics

Hypersensitivity to herbs may also appear after using some cosmetics with the addition of certain plant substances. People with demanding, delicate skin are the most vulnerable. Sensitive skin has a significantly reduced protective barrier, which means that the ingredients of the cosmetic penetrate a little deeper, causing allergic reactions. In this case, cosmetic dermatitis may appear, which is the main cause of contact dermatitis, contact urticaria, and pigmentation disorders.

The main symptoms of cosmetic dermatitis are redness, itching, skin tightness, pustules, vesicles, and papules. People allergic to herbs should avoid aromatic creams and preparations with the addition of a large amount of preservatives.

It is worth knowing that allergenic herbs and fruits are often added to perfumes (for example, bergamot or lemon, which make you more sensitive to the sun).

Pregnancy is a special period for a woman’s body. During this time, it is worth paying special attention to the consumed foods, as some of them may have a negative effect on the baby. Here are spices to avoid:

cinnamon – contains large amounts of coumarin, which is harmful to the liver. Coumarin increases the risk of miscarriage and leads to many malformations in a child – it can cause growth disorders, among other things.

Aloe – although the plant is often used in natural medicine due to its bactericidal properties, it can cause dangerous uterine congestion and premature contractions in pregnant women.

Ginseng – although it has a positive effect on the adult brain, it is still unknown how it affects the fetus, so it is better to avoid it during pregnancy.

thyme, rosemary – these herbs increase the risk of miscarriage and adversely affect the heart, which is very stressed during pregnancy.

sage – frequent consumption of it can lead to premature birth. Sage also contributes to the reduction of the amount of milk produced, so it should be excluded from the diet also during breastfeeding.

If a woman had a food allergy prior to pregnancy, hormonal changes may relieve or worsen her symptoms. Sometimes the first symptoms of allergy may appear during pregnancy. Remember to inform the doctor in charge of your pregnancy about all medications you take – in this particular period, he or she will select the therapy in such a way that it is completely safe for the child. Some symptoms that come into contact with the allergen can be risky for the fetus (for example, an asthma attack that contributes to hypoxia), so women should not underestimate allergies. Herbs allowed in pregnancy include nettle, chamomile, and goldenrod, which alleviate the symptoms of allergy.

Remember not to ignore the first signals your body gives us, as this can aggravate symptoms and lead to serious complications such as asthma. How to diagnose allergy to a specific substance? Most often, the doctor diagnoses an allergy after interviewing the patient. Then basic tests should be performed, including patch tests, skin prick tests and specific IgE tests. If, despite severe symptoms, the test results do not confirm the allergy, the patient is subjected to a provocation test, which consists in gradually giving him higher and higher doses of the allergen.

To take care of your health, all you need is a slight change in your daily habits. The most effective method for treating herbal allergies is to completely eliminate the allergenic agent. Remember that fresh herbs are the most allergenic, so in case of allergy, low-allergenic herbs should always be heat-treated. However, in infants and children diagnosed with allergies, they should be completely excluded from the diet. In some cases, your doctor may also prescribe antihistamines and anti-inflammatory drugs.

People who are allergic should be especially careful when taking popular herbal medicines and supplements available without a prescription – remember to always read the leaflets carefully. It is also important to choose the right, delicate cosmetics to avoid inflammation. 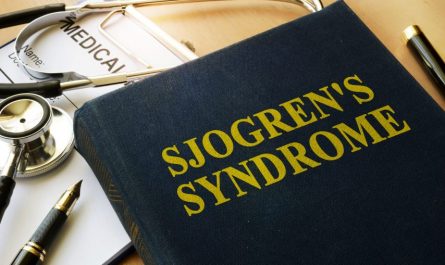 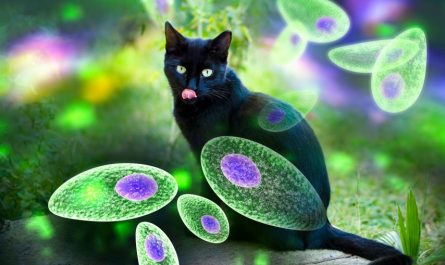 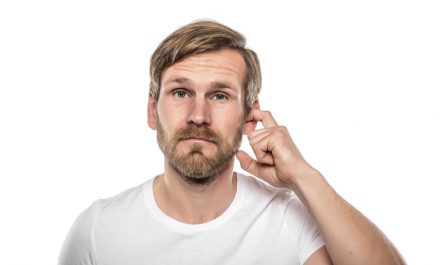 Clogged ear with hydrogen peroxide and other treatments

Boston disease – what is it?