Barley on the eye

The symptoms of barley include itching, redness, tearing and pain. Swelling often limits the field of vision. It is accompanied by inflammation of the eyelids and a reddened conjunctiva.

In most cases, barley is caused by an infection with staphylococci, less often with other microorganisms. Barley can burst releasing pus by itself, but it often dries up within a week. Barley is very common in people who do not care about proper hygiene, as well as in people using contact lenses. A significant reason for the development of barley are improperly selected cosmetics, inaccurate make-up removal and expired cosmetics or cosmetics that were stored in the wrong place, often tightly closed. In addition, barley is favored by chemical vapors and smoky rooms. Barley also appears more often in people who suffer from ocular allergies.

What is barley on the eye

Barley is an acute local eyelid infection. If it covers the eyelash hair follicles, it is usually caused by obstruction of their mouths and by infection of the Zeiss sebaceous glands or ciliary (sweat) glands, and it is external barley.

The risk of barley development occurs with dysfunction of the meibomian thyroid glands or chronic blepharitis. Barley is very common in people struggling with rosacea! In addition, barley is often found in people with diabetes and in people with seborrhea and seborrheic dermatitis. When barley becomes chronic, a lump appears in the eyelid – a chalazion. This local and chronic inflammation is extremely irritating. It has the character of a fatty granuloma. How is a gradówka made? The excess sebaceous secretion accumulated as a result of blockage of the sebaceous glands penetrates into the disc and causes an inflammatory reaction. Barley is more common in adults than in children, and the reason is a higher concentration of androgenic hormones, increased viscosity of sebaceous secretion, more frequent inflammation of meibomian glands and rosacea. Studies have shown that barley is more common between the 3rd and 5th decade of life.

The first symptom of the appearance of barley is swelling and redness of the entire eyelid. After a while, this is limited to a reduced area on the eyelid. Rarely, infection spreads over the entire eyelid. Barley can be one-sided, two-sided, single or multiple. On the other hand, the symptoms of a chalazion are a painless lump in the eyelid area. Large-sized chalazions sometimes compress the cornea and cause astigmatism, and thus impair visual acuity.

How to cure barley on the eye?

In most cases, barley bursts spontaneously around the first or second week after emergence. If we are dealing with a case of barley which covers the lash follicle, the lash can be gently pulled out, this method will open the barley. Unfortunately, however, if the changes are very large, e.g. in the case of multi-chamber internal barley, there is a risk of complications related to its opening, so a doctor should take care of it.

It is worth using warming compresses and massages. Topically administer antibiotics in the form of eye drops or ointments.

Sometimes, when fever, malaise, tenderness of enlarged regional lymph nodes appear, bacteremia, inflammation of the orbital tissues are suspected. In such a case, systemic antibiotic therapy should be started immediately, and in such a case hospitalization is necessary.

The most common complications are the transition of barley into a chronic form, i.e. the gradów mentioned earlier. It is a cosmetic deformation of the eyelid, and the treatment is surgical, consisting in opening and curettage of the contents and eliminating the fibrous capsule. Sometimes, however, injections containing corticosteroids are administered to the chalazion, but unfortunately there is a risk of permanent discoloration of the skin or its atrophy.

Of course, barley can be cured. Healing takes place without leaving any scars. Unfortunately, however, barley often returns … Even when conservative and surgical treatment is carried out correctly, barley may reappear. Sometimes barley returns when patients do not care for proper eyelid margin hygiene.

Remember that once you have successfully finished your treatment, be sure to give up your existing makeup, eye cream, and eye drops packages as they are very likely to be infected!

Treatment is not limited to heating up or applying warm and dry compresses or massages. For this purpose, it is worth trying special eye ointments for the eyelids that contain neomycin or antibiotic eye wash drops. Thanks to this, the inner barley will mature faster, and the drops also help to clean the eye.

In addition, the treatment should be supplemented with local antibiotics. Antibiotic compresses can be used 4 times a day, for about 10-15 minutes. It is worth applying a compress or a small glass container filled with warm water on the eyelids. During the massage, the closed gland openings are unblocked. It should be remembered that the massage is always carried out towards the glands, in the edge of the eyelid – in the upper eyelid from top to bottom, and in the lower eyelid – from the bottom up! However, if there is no improvement within three days of such treatment, it is imperative to consult an ophthalmologist.

People who suffer from swelling of the entire eye, not just the eyelid, have a bluish-red rim around the cornea, and have visual disturbances, eyelash loss, fever, and enlarged regional lymph nodes. The doctor makes the diagnosis in a slit lamp. Increased temperature and enlargement of the lymph nodes may accompany orbital tissue inflammation.

The popular method of massaging barley with a ring is not very hygienic, because we can provide even more bacteria. However, if we thoroughly disinfect the wedding ring, such a massage will definitely be useful in the fight against barley. It does not matter what material the wedding ring is made of, and the fact that during the massage the closed gland orifices are unblocked and the secretion is removed. You need to warm up a clean ring, then put it on the closed eyelid and massage it gently.
Herb compresses, and more specifically warm herbal infusions, work very well in the fight against barley. The best in this case are calendula flowers, chamomile, parsley leaves, firefly herb and raspberry leaves. How to prepare such an infusion? Pour boiling water over about 3 tablespoons of the herbs. Leave the herbs covered for about 10 minutes. Drain the broth in this way, soak a cotton / muslin cloth in a warm infusion and put it on the closed eyelid. It is important to use this method approximately 4 times a day.

Egg poultice is also very popular, although many people believe that this method does not work at all. However, nothing prevents you from trying it. This is something for lazy people who don’t want to waste time on herbs. All you have to do is hard-boil the egg and wait for it to cool down a little. Wrap a warm and unpeeled egg in a handkerchief and put it on the closed eyelid.

Everyone knows that green tea is good for everything. So it’s no surprise that this drink is also great for barley. After brewing the tea, wait for it to cool down a little and then rinse your eyelid with it. To facilitate this method, you can brew green tea in a sachet and place the drained tea bag over the eyelid.
Some recommend drinking large amounts of dandelion infusion for eye barley. Drinking the infusion twice a day will help in this fight. A teaspoon of herbs is brewed for about five minutes, covered. Why is dandelion so good for barley? The dandelion helps remove the purulent bacteria that cause barley.

Unfortunately, however, with frequently recurring barley, it is necessary to visit an ophthalmologist. It is also worth making a culture of the secretion to recognize the bacteria that cause barley, so you can also choose the right antibiotic. Often the cause of barley is demodex.

Remember that barley must not be pierced, squeezed or cut! Self-tampering is dangerous and can spread the infection. Only a doctor can cut up a barley. 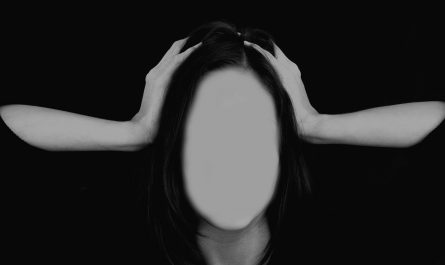 What is Horton Syndrome? Find out about the worst headache 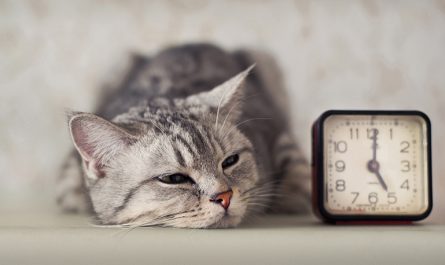 Sleepiness after a meal – causes and treatment

Birch sap – what are its healing properties?

The hCG diet, or how to regain a beautiful figure?