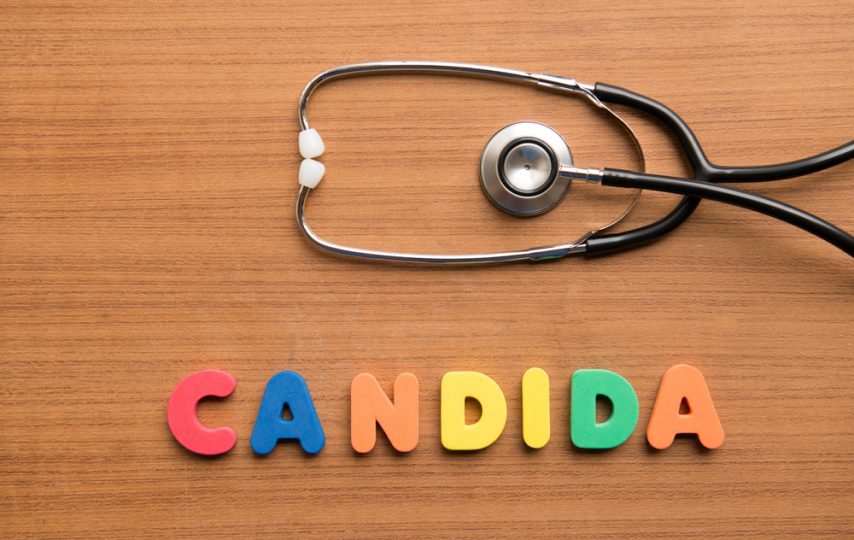 The topic that we decided to take up is quite difficult and embarrassing. It is disgusting for many people and is therefore taboo. Our goal is to raise awareness and break the taboo on what is systemic mycosis caused by Candida fungus and the risks it carries. We realize that most people, after reading this article, may suspect they are infected with Candida . We want all readers who are wondering if they are sick with systemic mycosis to see a doctor and perform the appropriate tests, which we will talk about later in the article.

CANDIDA ALBICANS MUSHROOM (white bleach) – what is it?

Currently , there are 150 known species of Candida Albicans fungi , of which only 9 are pathogenic in the human body. These are yeasts that thrive best in the large intestine due to the appropriate environment for the development of all kinds of fungi. However, this fungus grows fastest when the human body is weakened.

It is not only a bad parasitic fungus , but also plays an important role in the human body, supporting the process of sugar breakdown in the body. This is because this fungus coexists with other microorganisms that make up the natural flora of the digestive tract.

The problem arises when the yeast population begins to rapidly increase. It has a big impact on our well-being, and above all on health. There are several factors that may favor the development of the yeast population. First of all, these are: neoplastic diseases, HIV infections, long-term antibiotic therapy and the use of immunosuppressive drugs.

Candida fungus is   bad for the human body. Symptoms can affect your mental health, digestive tract, urinary system and reproductive organs, as well as the skin . All of them significantly hinder the proper functioning of the human body. People with these symptoms cannot live a normal life and feel at ease. Examples of neurological and skin symptoms are, for example: food allergies, hypersensitivity to milk, burning when urinating, inflammation of the urinary tract, hair loss, bad body and mouth odor, mood swings, cold hands and feet, overweight or underweight. All of these symptoms may indicate candidiasis. The more of these symptoms affect you, the more likely you are to have them. Of course, these symptoms could also indicate another disease. However, they are not something normal in the human body, so it is necessary to visit a doctor who will order the appropriate tests.

CANDIDOSIS – how to detect?

The easiest way to detect Candida fungus in our body is to perform a test that can be done even at home. More specifically, it is a saliva test that is best done as soon as you wake up. The most important thing is to fast and not brush your teeth. Here is a brief instruction on how to perform the test and read its results. All you need is a glass of water and you need to spit it into it and then watch the saliva for about 3 minutes. If the saliva is light in color and floats, but dissolves without streaks after a while, the test result is negative. However, if the saliva is thick, sinks to the bottom of the glass and forms white streaks, the result is positive. There is also such a relationship: the more of this suspension, the greater the growth of fungi.

Of course, there are many tests on the market to detect yeast overgrowth in the body. Just like the tests, there are also laboratory tests available, which include: mushroom culture, gastroscopy, colonoscopy, stool and blood tests. These tests are used to detect invasion in the digestive tract, and other diagnostic tests can detect mycosis of internal organs. The studies related to the inoculation, unfortunately, are not entirely correct and reliable. One of such tests is the enzyme immunoassay . Its incorrectness may be due to the fact that Candidait can occur naturally in our body, so a positive result does not necessarily mean a detected disease. In this case, additional tests must be performed to confirm the presence of the disease in our body, or its absence.

By detecting an infection at a very early stage, it can be healed faster. The test that can help us with this is a genetic test that identifies the DNA of the fungus. More specifically, it is a PCR test that identifies yeast in the blood or in a mucosa swab. Nowadays, you can also perform a genetic multitest that recognizes several species of fungi responsible for yeast. The biggest advantage of such a test is that it unequivocally confirms the presence of the Candida fungus , or its absence. No other additional tests are needed anymore.

Unfortunately, at the very beginning of the thread about the treatment of candidiasis, we do not have good news. This disease is not easy to cure. A quick recovery can be guaranteed by changing conditions in the large intestine. However, there are three ways to cure this disease that are effective when combined. The first and the most important step in the treatment of candidiasis is, first of all, the use of a proper diet that fights Candida Albicans and stops its development. It is a low-carbohydrate diet that keeps pathogens from getting nourished. About the anti-candidiasis dietwe will write more later in the article. The next step in the pursuit of full health is the regular intake of probiotics, which will increase immunity after the fight against candidiasis and restore the balance between microbes in the intestines. The next step in the treatment of candidiasis is appropriate pharmacological or non-pharmacological treatment under the constant care of a doctor, which will help to remove excessive amounts of yeast from the body and help to eliminate erosions in the mucosa of the digestive system. Each of these steps is important in treating candidiasis. We are aware that they can take a lot of time and sacrifice due to the diet. However, each of these steps is necessary to get rid of Candida from your body.

Some people may wish to avoid treatment with antibiotics or other medications recommended by doctors to treat candidiasis. Supposedly, this disease can also be cured by natural means. First of all, you need to introduce four basic principles into your life. The first is to change your diet. The most important thing in it is to limit sugars, processed foods and carbohydrates. The purpose of such a diet is to eliminate the medium for yeasts that threaten our health. The next step in the natural treatment of candidiasis is the inclusion of so-called good bacteria in the diet, i.e. a large amount of fermented products, such as homemade yoghurt or silage. A very important rule in the treatment of candidiasis is also to limit contact with various chemicals, such as household cleaners or various types of paints. It is also very important to take care of your emotional state. Dietary sugar restriction may lead to malaise, depression and may cause psychological discomfort. In order to prevent all this from happening, it is worth introducing physical activity into your life. You can start practicing some sport that will bring not only exercise, but also joy to our lives. You can also just walk a lot every day, which has a positive effect on our mood. For the effect of natural treatment, it is also recommended to include one natural nutrient. For example, it could be garlic that should be thrown. Another ingredient is coconut oil, which is recommended to eat or spread on the skin. An example is also natural yoghurt. It may be surprising that in addition to eating yogurt,

Fungi attack the human body when it is very weak. Children are at risk of contracting mycosis at every stage of their development. In the climate that prevails in Poland, children are most at risk of developing candidiasis. Children can become infected with Candida in a number of ways. The most common of them is the inhalation route. Of course, this fungus can attack children’s bodies through the cornea or through the skin. Another way for children to become infected with candidiasis are various types of treatments, in which the Candida fungus can immediately attack internal organs. Candidiasis in children may also develop after taking antibiotics that disrupt the natural intestinal microflora. Diagnosis of Candida fungusin a child’s body is not difficult. It requires, first of all, the observation of a young man. If your child craves sugar, has too much or too little appetite, has tooth decay, complains of abdominal pain, changes in the corners of the mouth or suffers from restless sleep, it means that he or she may be sick with candidiasis. It is worth doing the appropriate tests and examinations, which we mentioned earlier, to find out whether it is candidiasis or another disease causing just such symptoms.

In the text, we present natural treatment methods as well as those recommended by doctors. However, we wanted to point out that anyone who suspects candidiasis should see a doctor and perform professional tests for the detection of Candida fungus .

Receptors on the feet and hands – how do they work? 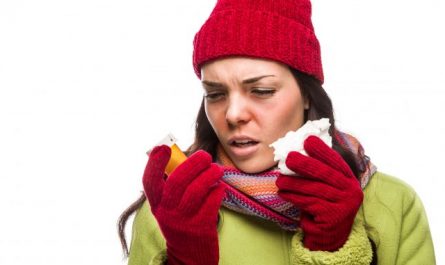 Pinworms in a child – how to treat and prevent?

Hair loss after pregnancy – how to solve this problem?