Unfortunately, such situations take place more and more often, for example in clubs or other entertainment venues, where the atmosphere is conducive to meeting random people and leading to casual sexual contacts . This is very dangerous behavior and can lead to serious and long-term problems. Let’s start with the fact that some of these contacts can be initiated by psychotropic substances or drugs that can significantly disturb the way of thinking. There have been many advertising campaigns and articles about being careful in playgrounds. Even so, problems of this nature continue to arise. Of course, this is not about extreme situations like rapeonly for those in which, for example, one of the people, in the throes of delight and excitement, forgets about contraception , which significantly reduces the risk of illness or unwanted pregnancy . This is undoubtedly the most important element when it comes to casual sex.

Early motherhood as a result of random sex

This is quite a controversial topic that is noteworthy due to the frequency of the problem. In many cases, it ends with the removal of the child , i.e. an abortion , the subject of which evokes contradictory emotions in society. Often, this type of surgery may turn out to be dangerous for a woman. In some cases, it can even lead to infertility . It is worth remembering about mental factors . We don’t know how to have an abortion or giving birth to an unwanted childwill affect a woman’s psyche. There is the possibility of having a child and bringing him up with a man by accidental intercourse. Hence, creating a family and trying to normalize the relationship, which can be very difficult. Other cases often boil down to the fact that the woman is left alone with the child because she does not have the courage or the ability to inform the sexual partner about the situation. Sometimes the casual partner himself escapes from responsibility.

The position of a pregnant woman after casual sex can be harmful to both parties. Due to the mental and physical health, as well as the fate of the child, which may be affected by the consequences of such decisions. There is no moral right to judge your choice on this point.

These are sexually transmitted diseases and you have to remember that using a condom is not 100% safe. The most important thing in this case is not to let the disease develop, as it can lead to disability or even death . The first symptoms of the disease are easy to spot. In most cases, the symptoms of venereal diseases include purulent discharge from the genitals, burning of the urethra when urinating, or the appearance of ulcers in the mouth or genitals.. If the above-mentioned symptoms appear, see a doctor immediately. Each of the venereal diseases is very dangerous if allowed to develop. The earlier we diagnose a specific disease, the sooner we get rid of the embarrassing problem . Treatment, depending on the stage of development of the disease, is based on taking antibiotics that are prescribed by the doctor. If the disease develops severely, hospitalization may be necessary.

Syphilis after intercourse with a random person

The disease also known as syphilis , one of the most dangerous venereal diseases , can even spread to the fetus . Its occurrence is as common as with HIV infection . The symptoms are characteristic ulcer-like growths in the genital area. It should also be emphasized that a patient with syphilis is contagious, so if he is aware of his disease, he should be especially careful in contacts with other people. In some cases, syphilis is difficult to detect due to the ulceration in hidden areas. Like any STD, the earlier it is diagnosed, the easier it is to deal with.

Sexual initiation with a random person – rush with a bad counselor

With the sexual revolution and the growing awareness of society, sex is no longer a taboo subject. More and more often, issues of how important a relationship becomes intercourse are being raised. As a result, the subject of the first time becomes relevant and loud among very young people. This is the result of the decreasing age of sexual initiation all over the world. It is the partners who should consciously and independently decide when they will start sex.

Pregnancy as a result of accidental sex

Getting pregnant with a random man can negatively impact your entire life. We do not know if this person will guarantee us stability in life, and raising a child alone can be a huge challenge. Accidental pregnancy can occur when a couple forget or intentionally not use a contraceptive . After alcohol, mental barriers are often overcome . A venereal disease can be cured and raising a child is a long and demanding process. Therefore, you should not rely on the methods of the so-called interrupted method. It seems that fertilization cannot occur at this point, but it is only apparent. Semen can get through anyway during copulation. It is true that at this point, none of the methods can provide a 100% guarantee , but it is able to somehow minimize the risk of getting an unwanted pregnancy. Contraception is one solution that is good, but only when it goes hand in hand with common sense.

It is associated with sexual contacts devoid of any feelings, with random sexual partners . It is even known among groups of a certain species of chimpanzees. This is no stranger to the human species. Research shows that this is a kind of phenomenon that comes from mental disorders . An example would be people who are in the pubertal phase and will find themselves, for example, in a depressed state . This is often a period of rebellion in which young people look for their own self. It is then important to support and indicate the best practices. They often start a sexual initiationunaware of sex. They are often unhealthy relationships in which partners take advantage of the other partner’s weakness. This is the time when hormones are booming , and the emotionality and stability of relationships may be disturbed. The path to finding your own path, without proper help, can become a vicious circle and, as a result, lead to emotional damage .

Relationships with random people is a phenomenon that should be talked about. Due to the fact that the risk of diseases becomes greater and greater. So it’s worth paying attention and talking about the fact that the time devoted to creating relationships may not be wasted time. Sex with someone we trust and love is beneficial for your physical and mental health . A moment of ill-considered pleasure may then cost you dearly. It can also cause you to arrange your life in a way that you have never thought of. 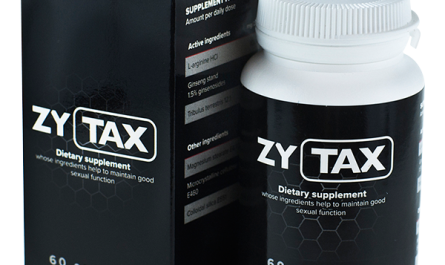 Zytax – tablets that will improve your manhood 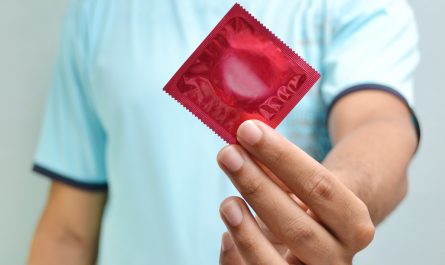 Condom allergy – how can you tell if you are allergic to condoms?