Pinworms are a type of small parasite that can be infected at any age. It commonly infects the intestines, especially in children. Very often, children in schools or kindergartens become infected with pinworms at the same time. How can worms enter a baby’s intestines? Worms are very small, their eggs enter the body through the mouth. It is enough for their hand to come into contact with something that has been contaminated with pinworm eggs and then it is directed to the mouth. Pinworms in a child are ready-made. After getting into the mouth, the eggs pass through the digestive system, hatch in the small intestine, pinworms grow and pass into the large intestine. After a few weeks, the female pinworms move to the end of the colon and leave the body at night to lay eggs around the anus. The time that elapses from the moment the baby swallows the eggs

Pinworm eggs can actually end up on anything someone with worms touches! On the kitchen counter, in bed or on the desk at school. Eggs can also be on clothes, towels or eating utensils. They can live up to 2 weeks! If you accidentally touch them and then put your fingers in your mouth, you can swallow eggs without knowing it …

Children catch pinworms very easily because they spend a lot of time with other children who may be infected. In addition, eggs are so light that they can even end up in the air, where they can be swallowed when you breathe!

How do I know if my baby has pinworms?

Pinworms can be seen after using the toilet, they look like small pieces of white thread. You can also see them on your underwear when your baby wakes up in the morning. A child may very often wake up at night due to itching from pinworms.

Pinworms do not do much damage, only itching, and it does not take long to get rid of them.

Pinworms in a child – natural ways

Getting rid of pinworms is therapy for the whole family. It is necessary to clean the entire apartment, because pinworms like to live in even the furniture! You should remember to change linen and bed linen daily, and to change bath towels regularly. All items should be washed at high temperature and ironed with a hot iron. The child’s nails should be cut short, the child has to shower daily, and the area around the anus should be thoroughly washed with warm water and soap.

Home remedies for pinworms in children

What home remedies can you get rid of pinworms? It has always been said that garlic is a cure for all evil and that it kills bacteria. The same is true of pinworms, garlic can kill any existing eggs and prevent female pinworms from depositing more of them. It can be eaten in small doses or applied topically as a mouthwash. If eating a clove of garlic is difficult for your child, it is worth dicing the garlic and mixing it with pasta or sprinkling it on bread. You can also make a skin paste with ground garlic. It is best to add base oil to the paste, then dip a clean cotton ball into the mixture and apply it to the anus.

Coconut also has antibacterial and antiviral properties that can help remove pinworms. This treatment requires a two-step approach. Every morning, your child should swallow a teaspoon of pure coconut oil. Before going to bed, you should massage a small amount of coconut oil around the anus.

It is also believed that consuming a cup of raw, shredded carrots twice a day can help the pinworms pass out through the intestines. This is because carrots, rich in fiber, can improve digestion and help support bowel movement.

Research also suggests that the herbal wormwood may be effective in treating certain parasitic infections. Humans have used wormwood for centuries to treat ringworm, and it is also used in veterinary medicine. It can be made into a tea or tincture. However, it’s best to speak to your doctor first before trying this method.

Another home remedy can be eating papaya seeds. A 2012 study on rats found that papaya seeds can treat worm infections. However, no human studies have shown that they are actually effective.

Pinworm is a parasite of the nematode group, it is white and appears transparent. Due to its size and the white color, it is quite difficult to see. It is best to look for pinworms at night, when the female comes out to lay eggs. The female is about 1 cm long and 4 mm wide, the male is smaller and rather invisible to the naked eye. Pinworms begin their life in the small intestine, travel to the ileum, and then to the cecum, where they feed and mature. At night, females travel towards the anus where they lay their eggs, then go outside and crawl around the perineum. This causes itching, the child scratches himself, transmitting the infection. The larvae hatch after 6 hours, return through the large intestine to the abdominal cavity. The female pinworm lives from 20 to 30 days, lays as many as 11,000 eggs at a time.

While there are many alternatives that can be assisted in removing pinworms from the body, medication is sometimes necessary. Pinworms need to be treated with two doses. The first batch of the drug is administered when pinworms are detected. The second batch is repeated two weeks later. This is to make sure that any eggs that have hatched since the first dose are killed (this is done because medications are often ineffective at killing eggs).

Commonly used medications are mebendazole, pyrantel pamoate, and albendazole. Discuss with your doctor which medicine is right for your baby and you.

Alternative remedies are not supported by scientific evidence. There is only anecdotal evidence that these measures work or evidence based on personal experience and word of mouth. However, it is always worth using natural methods in the fight against pinworms. However, it’s best to talk to your doctor about this. It will be best if you combine taking your medications with alternative methods. Turmeric has been shown to kill parasites, although scientists are not sure if it kills parasites in humans. You can try this approach – take 300 mg of turmeric per capsule daily, three times a day, or add this spice to your meals. You can also make turmeric tea for the whole family. One teaspoon of turmeric is enough for one cup of hot water, which should be brewed for about 10 minutes. Consult your doctor how often this infusion may be drunk by your child. An adult can drink up to four cups a day.

One of the most popular over-the-counter remedies for pinworms is pyrantel pamonate. In addition, there are many herbal preparations in the form of powders, capsules and syrups. It is worth getting a herbal preparation, the ingredients of which will support the digestive process and the proper functioning of the intestines. Most syrups are based on honey, shell extract or walnuts. It is also best if they contain wormwood extract, black cumin seed extract and various types of oils, such as clove, caraway, thyme, coriander, mint or lemon.

Test for pinworms in a child

To check if your child has worms, your doctor may ask you to do an easy home test. The most common method is that a night tape is applied to the skin around the anus. When you wake up in the morning, remove the tape and bring it to the doctor. The doctor will look at the tape under a microscope to see if there are any eggs on it. He may also take a few samples from underneath the nails to see if there are any eggs.

Unfortunately, a rash also appears very often on the child’s skin when pinworms are present. Parasites such as pinworms excrete toxins, so the rash phenomenon is common in this case.

Pinworms in a child – natural treatment

In advanced cases, pharmacological treatment is necessary, but even then it is worth supporting the fight against pinworms with natural methods. The following methods should also be used as preventive measures.

Regular consumption of pickles, such as cucumbers or sauerkraut (also talking about drinking water from them) makes the intestine an unfriendly environment for the development of parasites. However, the infusion of wormwood mentioned earlier should be drunk on an empty stomach. One heaped tablespoon of this herb is enough. A good natural way is to drink lemon juice with the addition of oregano oil. Oregano oil has many amazing properties, including anti-parasitic properties. To prepare the drink, just squeeze the juice of half a lemon and add 3 drops of oregano oil to it and fill the liquid with water. It is best to drink this drink 3 times a day, just before a meal.

A well-known natural method in the fight against pinworms are sitz baths. To this end, you should prepare an infusion of oak bark, which has a disinfecting effect and has a positive effect on the elimination of live pinworms.

We should also remember to change the child’s diet. Large amounts of sugar encourage the development of parasites in the body. For the duration of treatment, as well as immediately after it, it is necessary to eliminate all sweets and sweetened drinks from the diet. Of course, it is worth following such a diet all the time, or at least replace sugar with a natural sweetener.

An important step in avoiding pinworms is proper hygiene. Washing your hands with warm soapy water before eating, after playing and after using the toilet is the most important point. Keep your baby’s nails short and clean, and make sure they change their underwear every day. It is worth taking care of frequent pajama changes and washing the bed linen at least twice a week. 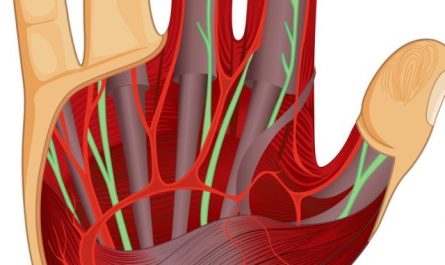