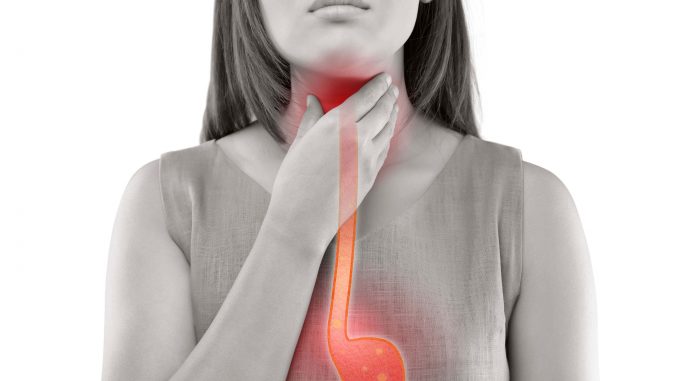 Reflux is also known as gastroesophageal reflux disease, which is a condition in which acid from the stomach does not return to the esophagus, or reflux. Along with the food we had previously eaten, hydrochloric acid and digestive enzymes that are produced in the stomach also return to the esophagus! That’s when we feel a burning sensation, or heartburn. It is caused by a malfunction of the lower esophageal sphincter.

Most people just get used to the common symptoms of acid reflux and take antacids that are available over the counter. Often, such people do not start treatment and do not give up their current lifestyle and diet. Unfortunately, however, such action is a mistake, because reflux can lead to serious complications.

There is a sphincter between the stomach and the esophagus, which prevents digestive enzymes and food debris from entering the esophagus, but allows food to pass into the stomach. Unfortunately, however, the sphincter is very often weakened, so it ceases to fulfill its role properly. This is when stomach acid and other enzymes travel back up the esophagus and make you feel uncomfortable. Factors that trigger acid reflux disease include abnormal function of the lower esophageal sphincter, abnormal gastric emptying, obesity, alcohol abuse and pregnancy. The disease often develops during the course of diseases such as diabetes, scleroderma and hormonal disorders. An ally in the formation of reflux is also taking oral contraceptives,

Reflux medications – how does it work?

The symptoms of acid reflux are often accompanied by burning behind the breastbone, hyperacidity, acid belching, and upper abdominal pain. The symptoms increase when you lie on your back, when bending down and after a fatty meal. Many symptoms are disturbing, including dysphagia, pain upon swallowing, weight loss, and bleeding from the esophagus. In such cases, see a doctor immediately.

How to deal with acid reflux? First of all, you need to modify your daily lifestyle! The eating style must be completely transformed. You should eat your meals more often, but in small portions. The last meal of the day should be eaten 3 hours before going to bed. It is very important to avoid spicy and fatty foods, and to reduce the amount of citrus and chocolate you consume. You should stop drinking fizzy and sweetened drinks and avoid coffee. Forget about cigarettes and alcohol too!

Obese people should reduce body weight. It is also helpful to sleep on a bed with a slightly raised headboard. It is also worth avoiding tight clothes and belts.

Obviously, the use of over-the-counter medications that neutralize gastric juice, due to the fact that they contain aluminum, calcium, magnesium and alginic acid compounds, bring some relief, but long-term use without visiting a doctor is not advisable.

A visit to the doctor is unfortunately inevitable in the case of reflux. Often the symptoms of reflux are confused with the symptoms of ischemic heart disease and myocardial infarction! Often times, full research into heart disease is essential. In contrast, reflux disease is diagnosed on the basis of the characteristic clinical symptoms and after treatment with a proton pump inhibitor has taken place after treatment with a proton pump inhibitor for about two weeks.

In many cases, the symptoms persist for a long time despite treatment. Then the gastroscopy is performed. Not only is a lifestyle change necessary in reflux disease. Pharmacological treatment with drugs that strongly reduce gastric acid secretion is also necessary, this group of drugs includes: esomeprazole, lansoprazole, omeprazole, pantoprazole and rabeprazole. Medicines should be taken once a day for 2-4 weeks. If this method does not work, the doctor may increase the dose or add another drug from the group of histamine H2 receptor blockers to the therapy, which is taken just before bedtime, because this drug causes sleepiness. Unfortunately, in addition to drowsiness, these drugs also cause other undesirable effects: irritability, disorders of the nervous system and dangerous heart rhythm disturbances.

However, if even such strong drugs do not bring any positive effects, surgical treatment should be started. Unfortunately, however, even after such a solution, about 50% of patients still require pharmacological treatment!

Pregnant women can only be treated non-pharmacologically by modifying their lifestyle and diet.

You can, however, use antacids that do not get absorbed into the bloodstream.

Even if the disease eventually passes, it is still necessary to continue a balanced diet.

In patients with advanced reflux disease, endoscopic follow-up should be performed after treatment.

Reflux medications – are they harmful?

There are 4 groups of medications for acid reflux. Two of them can be purchased without a prescription. Antacids neutralize hydrochloric acid and increase the pH of the stomach. Magnesium, aluminum and calcium salts are drugs that come not only in the form of tablets, but also chewing gums and suspensions.

Prescription drugs are proton pump inhibitors that lower acidity in the stomach. Unfortunately, they also have negative effects, such as reduced absorption of macro- and micronutrients such as magnesium, which can cause hypomagnesaemia and may be associated with the risk of foodborne infections.

The fourth group of drugs for acid reflux are prokinetics. They accelerate the movement of food from the stomach to further parts of the digestive tract.

The use of proton pump inhibitors is very popular in reflux disease. Unfortunately, however, they inhibit the secretion of hydrochloric acid, which causes that they significantly reduce the amount of this acid in the stomach. What does it mean? Too much of this acid is very rarely the cause of heartburn, and it is often caused by not getting enough of this acid! Therefore, the use of an inhibitor aggravates the problem even more and carries the risk of weakening the ability to absorb nutrients, which already leads to an imbalance in the microbiological balance in the intestines and the development of harmful bacteria. In addition, studies have shown that there is an association with long-term consumption of such a drug and the risk of developing heart disease. Tests have shown that there is an increased risk of a heart attack by as much as 16% in 35 patients. Besides, doctors say

In addition to pharmacotherapy, it is worth introducing natural methods that will help reduce the symptoms associated with the disease. First of all, you should stop eating fried, hard to digest and highly processed foods. Do not overeat and lie down right after a meal. During sleep, it is worth sleeping on the left side with an additional pillow under the head, which will reduce the discomfort.

In the daily menu, it is worth replacing white salt with Himalayan salt, which is unprocessed salt and regulates the amount of stomach acid. Eating sauerkraut and drinking cabbage juice will also help reduce acid reflux, as they improve metabolism and help maintain the proper microflora in the intestines. A teaspoon of apple cider vinegar helps to acidify the stomach, you can even drink it dissolved in a glass of water. Papayas also help to reduce symptoms. These fruits contain papain to help digest proteins, carbohydrates and gluten. Pineapples, in turn, contain bromelain, which also helps digest proteins, has anti-inflammatory properties, and helps keep your intestines working properly. Baking soda dissolved in water also has a positive effect on reflux. In contrast, aloe vera juice soothes heartburn and helps neutralize acid levels in the stomach. Ginger inhibits the growth of bacteria and is also preventative. Glutamine is an amino acid that protects against organ damage caused by bacteria.

Above all, however, be careful with foods that contain wheat, milk, legumes, and peanuts.

In the long run, natural products work better than an inhibitor. A very good solution is to drink linseed gruel, which is the best home remedy for reflux. The mucilaginous substances contained in the gruel have a positive effect on the digestive tract and facilitate defecation.

These plants should be used as an infusion or decoction, preferably in small portions, 4 times a day (not more often). If we regularly consume herbs in the first stage of reflux, the symptoms may disappear significantly, so pharmaceutical treatment will be unnecessary. Natural herbs in combination with a diet change are very good at reducing the unpleasant symptoms of reflux.

Exercises before childbirth – how to do them so as not to harm yourself and your baby?

Healthy meat, where to look?

Reflexology – what is it? Where is it coming from?