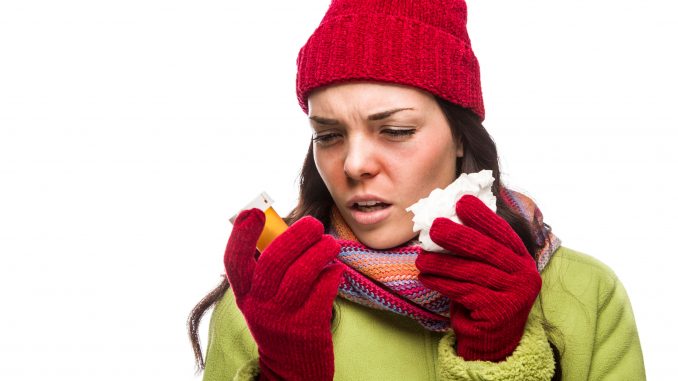 A runny nose and stuffy nose are the symptoms most often associated with a cold or flu. In such a situation, the patient usually reaches for high doses of vitamin C, antiviral drugs or popular drugs for the treatment of flu symptoms – analgesics and anti-inflammatory drugs. Sometimes, however, patients do not associate a runny nose with other common symptoms, such as pain at the root of the nose, increasing when the head is tilted. Such symptoms may indicate sinusitis, a condition that, if ignored, can lead to serious complications. It is not uncommon that sinusitis is caused by changes in the anatomy of the nose and sinuses, not just an infection. Does the curve of the nasal septum affect the condition of our sinuses?

So how do you deal with sinusitis? What can I do to get rid of it? Is Nasal Septum Surgery the Only Solution? In this article, we will try to answer any questions you may have. We will also cover what is sinusitis, what causes it, and the differences between the different types of sinusitis. In addition, we will describe a little crooked nasal septum – how it affects our sinus problems and when is the best time to undergo surgery.

Sinusitis – what it is and what causes it

The sinuses are air cavities located within the skull. They are connected to the nasal cavity, allowing the movement of air and mucus. They perform, among others the protective function of the brain structures, the function of voice modulation and moisturizing the air inhaled through the nose. If inflammation begins to form in the lining of the sinuses, discharge will form that clogs the sinuses. Air presses against the walls of the sinuses and cannot escape.

Sinusitis is most often caused by a viral or often bacterial or occasionally fungal infection. Dental caries or failure to heal upper respiratory tract infections may also contribute to the development of the disease. Problems related to sinusitis are much more common in people with asthma or allergies. The frequency of such a condition is also increased in the case of anatomical abnormalities, such as hypertrophy of the palatine tonsils or adenoid, and especially in the case of nasal septum deviation. In humans, there are 4 types of sinuses within the skull: maxillary – located under the cheeks, wedge-shaped – located in the center of the skull, frontal – located above the eyes, and ethmoid sinuses between the eyes.

Inflammation of the ethmoid, maxillary, sphenoid and frontal sinuses – what is the difference

In the case of maxillary sinusitis, the patient will most often experience toothache. Sphenoiditis is manifested by a headache in the frontal and occipital area. In frontal sinusitis, a characteristic headache appears in the forehead area and is aggravated in the supine position. Ethmoid sinusitis is most often associated with pain and pressure in the corners of the eyes.

It is the ethmoid sinuses that are most prone to inflammation as a consequence of colds and upper respiratory tract infections. The cause of such ailments is the discharge in the ethmoid sinuses, which results in pain and rhinitis that lasts for more than 10 days.

Obstructed ethmoid sinuses – the most common causes and possible complications

Obstruction of the ethmoid sinuses is closely related to the occurrence of their inflammation. Rarely, it occurs on its own – it is much more common with inflammation of other paranasal sinuses. Sinusitis occurs at any age, but ethmoid sinusitis is most common in children.

Inflammation in the paranasal sinuses causes swelling of the mucosa in the nose, obstructing the movement of air and secretions. The result is a long-term presence of secretions and its excessive accumulation, which makes the ethmoid sinuses obstructed. Problems with sinus patency translate into the patient’s breathing comfort and cause headaches.

Can the curve of the nasal septum influence the development of sinusitis?

The nasal septum is the structure that divides the nasal cavity into the right and left ducts. Throughout his life, he undergoes many micro-injuries which, with the age of a person and the process of hardening of the septum tissues, become permanent and function as curvatures and unevenness of the nasal septum. If the curvature is significant, it causes nasal obstruction and impedes ventilation and drainage of the paranasal sinuses and the middle ear. Among other things, this can result in frequent ear infections.

The curve of the nasal septum, reducing nasal obstruction, obstructs the movement of air and secretions in the nasal cavity and sinuses. The residual discharge causes swelling of the sinus mucosa, leads to the closure of the tubules, thanks to which bacteria and viruses that cause sinusitis grow much faster . In addition to sinusitis, the curved nasal septum significantly reduces the comfort of life by obstructing breathing. It is most often a problem during sleep, causing snoring and frequent apnea, leading to tissue damage from hypoxia.

Nasal septum surgery – when is it recommended?

Proper nasal patency is crucial not only because of the discomfort experienced by patients during sinusitis or resulting from breathing difficulties. Underestimating certain symptoms and not treating them properly can lead to serious complications, such as meningitis. It is therefore important to consult your symptoms with a specialist doctor.

The ENT specialist, after performing basic blood tests, ECG, X-ray and computed tomography, assesses the patient’s general health and the severity of the nasal septum curvature. It also makes an assessment of the nasal mucosa based on endoscopic examination. Nasal septum surgery is recommended when there are significant curvatures that severely restrict the patency of the tubules. The age of the patients is also taken into account, as well as the information collected during the medical interview that allows for the assessment of the ailments resulting from the disease. Patients often visit the ENT specialist too late and the procedure becomes their last resort.

What is septal surgery?

The operation of the nasal septum, called septoplasty, is usually performed under local or general anesthesia as an outpatient procedure that does not require long-term hospitalization. Before or during the procedure, the doctor uses an endoscope to view the nasal passages and carefully plan the next steps of the operation.

Nasal septum surgery is a procedure performed using the intranasal technique. An incision is made at the border of the skin and the nasal mucosa. The scar after the procedure is not visible. The treatment consists mainly in removing the elements that cause the partition to curvature and its stabilization. Maintaining the appropriate structure of the partition is possible thanks to the introduction and sewing of appropriate tiles to it for a period of 7-10 days. The front tamponade, i.e. a layered arrangement of a long gas seton, is also often used. The anterior tamponade is removed the day after the procedure.

Is it possible to live with a crooked nasal septum?

The curve of the nasal septum itself is not a medical condition. However, this is an abnormality of some kind that can cause ailments such as sinusitis. Younger people usually don’t have too many curve septal problems. In older people, when it is much harder, more frequent and more serious symptoms and diseases begin to appear.

If your only complaint is snoring, surgery is probably not necessary. However, if the curve of the septum is contributing to the pain and chronic sinusitis, it is worth going to the doctor and assessing the need for surgery. It can be dangerous to stay in this situation without treatment. In addition to the operation, it is also possible to use conservative treatment that will not straighten the nasal septum, but will allow for the control of complications and treatment of symptoms and first ailments. 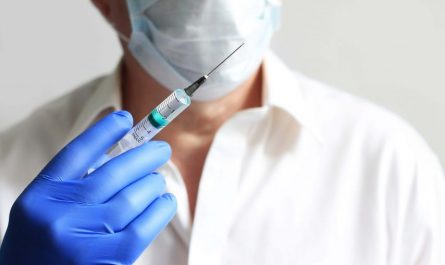 Clavitherapy – a proven way to health

Ultrasonic cavitation – what does the procedure look like and when to use it?

What is the Montignac Diet?

Octenidine – what is it for?