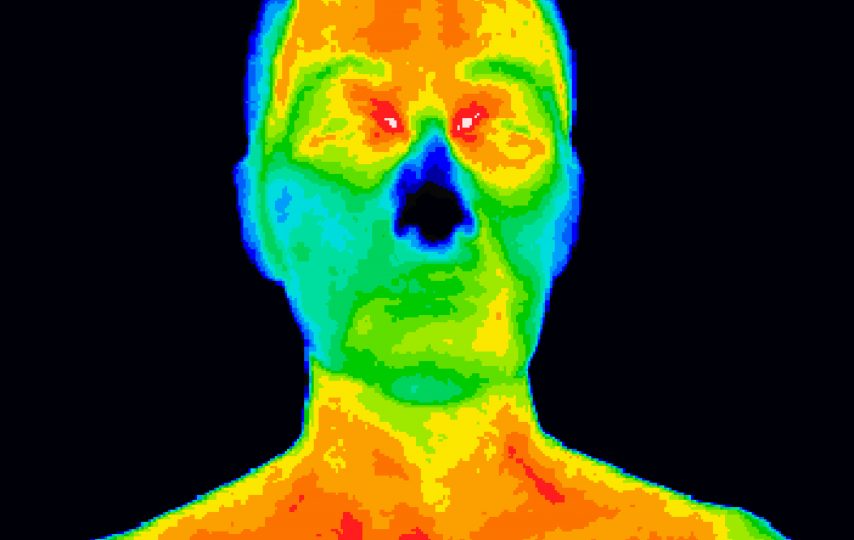 Thermography, also known as thermography, is a method of remote and non-contact assessment of the body surface temperature distribution, it plays an auxiliary role in X-ray, mammography, ultrasound and computed tomography examinations. It is used in medicine and biomedical engineering for diagnostic and cognitive purposes. This method allows the visualization of infrared radiation invisible to the eye. Thanks to this, it is possible to obtain information about the physiological and pathological processes that take place in the human body. Temperature changes are a reflection of these processes. Nowadays, thermal imaging methods are so advanced that they can determine changes in temperature in terms of value and their spatial distribution, in static and dynamic terms. The great advantage of such measurements, it is non-invasive and has no side effects, and the measurements can be repeated many times without harm to the subject. Thermovision is also widely used in forensics – it helps in determining the time of death.

The first thermal imaging cameras were created in the 1970s.

The exceptional sensitivity of professional thermal imaging cameras enables the detection of inflammatory conditions much earlier than the appearance of clinical conditions. The most important applications of thermography are the diagnosis of diseases, treatment support, the detection of diseases related to the circulatory system, as well as the assessment of the effectiveness of drugs.

Studies have shown that diseased tissues, due to changes in metabolism, have a much higher temperature. Thermovision results may aid clinical treatment. Temperature differences appear in places where blood supply changes and are often indicative of local inflammation or ischemia.

The occurrence of hot fires is acute inflammation of joints, ligaments and bones as well as fresh fractures. Unfortunately, the study is often disrupted by anti-inflammatory drugs that affect the thermographic image and cause hot spots to shrink.

Thermovision enables monitoring of osteoporosis therapy and gives promising results in the diagnosis of diseases of the temporomandibular joints. In addition, it is used in rheumatology, diagnostics of diseases of the musculoskeletal system and the nervous system. The great advantage of diagnostics with the use of thermography is its use both in the assessment of temporary nerve paralysis and in the case of permanent nerve damage.

Thermovision is perfect for diagnosing psoriasis (chronic, stationary and active lesions). This method of diagnostics is very useful if you want to determine the effectiveness of rehabilitation exercises, e.g. after lumbosacral spine surgeries.

In laryngology, thermographic measurements are used, among others for the assessment of inflammatory changes in the paranasal sinuses and inflammation of the oral cavity. In dentistry, to analyze the condition of the periodontium and temporomandibular joints. In pulmonology, it is used to diagnose pneumonia, and in endocrinology, it is a method supporting the diagnosis of thyroid diseases.

In allergology, it complements standard skin tests. In cardiology to monitor vascular diseases. In dermatology, measurements are used to assess the depth of burns, diagnose skin diseases and neoplastic changes.

Computed thermography is a unique method of objectively assessing the properties of the therapy. However, it does not specify the causes of diseases, so it is an auxiliary method in the use of other methods of detecting diseases

The most important thing is to maintain a constant temperature in the test room during thermographic measurements as temperature fluctuations make it difficult to analyze the results. People with dermatological changes on the skin, fresh tattoos and scars cannot undergo a thermographic examination (the exceptions are, of course, cases where thermography is used to diagnose various types of skin changes).

Thermovision is a method with great research and diagnostic potential. However, it should be remembered that during thermal imaging studies involving humans, it is necessary to strictly adhere to the methodological recommendations and measurement standards that are in force in medical thermography, because only in this way reliable test results can be obtained. It is very important to properly prepare the patient before starting the analysis. Otherwise, measurement errors will occur.

Thermographic imaging can also be performed on animals. Measurements are especially recommended for prophylaxis and regular control of working animals, such as dogs or sports horses. Testing allows you to find a problem before it appears in traditional research, allowing you to take the appropriate steps much earlier. Besides, it is a non-invasive and stress-free test for animals.

Organs and tissues that are altered, diseased, damaged or infected emit more heat than those that are healthy. A thermal imaging camera detects and records changed places. Currently, with a credibility of 70% to even 100%, the following are diagnosed: malignant neoplasms of the breast, skin, lymph nodes, craniofacial and their recurrences, inflammation and neoplasms of the appendages, ear, throat, nose, diseases of the spine and joints, vessels and nerves of the extremities, thyroid disorders , inflammatory and functional diseases of the kidneys, as well as diseases of the digestive system and liver.

The temperature rises in neoplastic tumors such as melanoma and hemangioma, which are visible in thermovision as hot tumors. In this case, thermography is helpful in determining the boundary between the area of ​​healthy tissue and the neoplastic process.

In dermatology, thermal imaging measurements are used to assess the depth of burns, as well as to diagnose skin diseases and neoplastic changes.

In the 1950s, research began on the use of temperature measurements in breast diagnostics. The measurements were first performed by a Canadian surgeon, Dr. Lawson. They proved that thermographic tests are an ideal complement to mammographic and clinical tests and increase the correct diagnosis, and the credibility in diagnosing breast cancer, especially in the early stages, was already around 60%.

Why does thermography often help detect breast cancer early? The physiological basis is that neoplastic cells carry out an intensive metabolism and are usually very well supplied with blood. As a result, the place where a dangerous change occurs emits much more heat than the unchanged part of the body.

There are many advantages that make thermography superior to classic diagnostic methods, such as mammography, ultrasound or magnetic resonance. First of all, thermography is a method based on the observation of physiological changes, not anatomical changes that occur later. This makes it possible to detect cancer very quickly in its early stages, before we go to the “traditional” and more detailed examination.

Unfortunately, however, although changes in the metabolism of cancer cells appear before they can be detected by mammography or ultrasound, they are so discreet that there is always a great probability that these changes will also be missed in a thermographic examination …

Moreover, a big problem with thermographic imaging of neoplastic changes in the breasts is that all small lesions are located deep enough in the breast, or if the breasts are large, in such cases they may not emit increased emission of infrared radiation to the outside! Therefore, such changes will not be visible on the thermal imaging camera.

Thermography is a mid-infrared imaging process. This process records the thermal radiation emitted by physical bodies. Changes in these temperatures are recorded with a precise camera, thanks to which they can detect early symptoms of diseases. The temperature range at which this process occurs is common in everyday conditions, so it is not necessary to illuminate with an additional light source. The temperature distribution can be seen immediately, as is the photo in the camera. The cameras used by doctors are of high resolution, thanks to which they are extremely precise and record body temperature with an accuracy of 0.01 degrees C.

Thermography is widely used and it is used not only in medicine, as medical imaging. It is also used in scientific research, by the police, the army and in the diagnosis of mechanical devices, electrical circuits and thermal insulation of buildings, as well as in veterinary medicine.

Medical thermography is completely safe and non-invasive. It is used to evaluate the skeletal, joint and muscular systems. It also allows you to visualize any physiological changes . It can be used repeatedly to analyze a patient because, unlike computed tomography , it does not use X-rays . In addition, the thermal imaging device is much cheaper than other medical equipment, such as X-ray, tomograph or ultrasound.

The thermal imaging camera works thanks to a matrix that searches for heat, i.e. it has the ability to receive radiation in the infrared band. The radiation signal is presented in the form of a graph of the temperature distribution, i.e. color images of the body. An intense shade of red means that this area of ​​the body radiates more heat, while an intense blue color means that the area emits less heat. Thermography in medicine is an additional method that helps to provide new information about the patient. It is not possible to rely only on this process in assessing the patient’s condition, because it is primarily a method of informing and monitoring the types of inflammatory changes. The human body is an extremely complex system, the temperature of which depends on many factors. It happens that it is difficult to make a diagnosis, often the patient is nervous before the examination, and this affects the skin temperature and measurement results. The analysis is also influenced by the use of various cosmetics on our body! 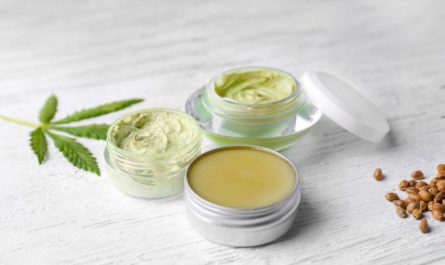 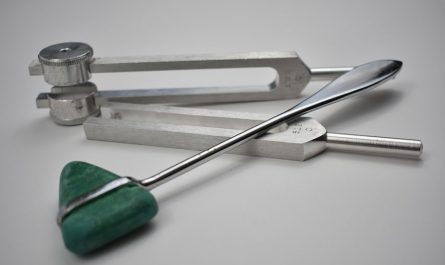 Steel tuning fork – what are they for and how to use them?