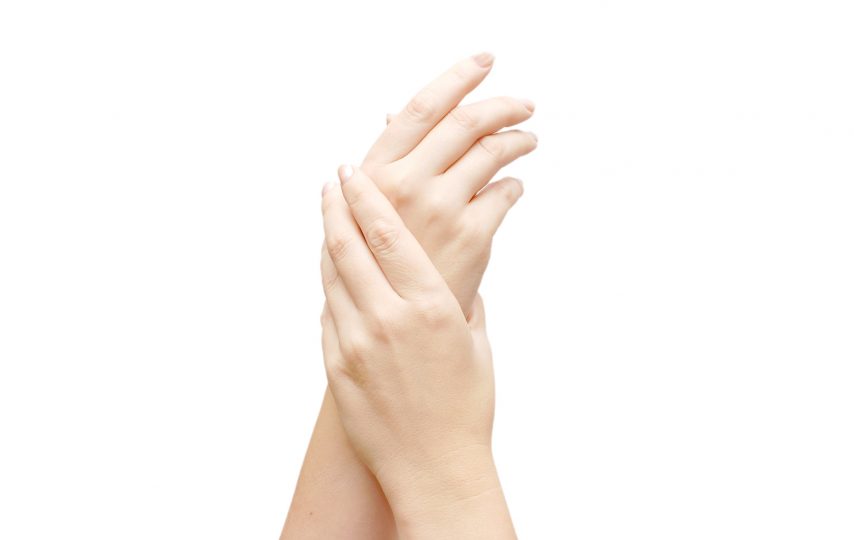 Octenidine, or octenidine dihydrochloride, is an active ingredient that is used as a wound disinfectant. Octenidine gained recognition in the 1980s. It became an effective alternative to other disinfectants that could not be safely applied to mucous membranes and some wounds. Due to its safety, this measure is widely used. Octenidine works better than salicylic alcohol, hydrogen peroxide and iodine. Its use is completely safe and does not cause additional ailments. It is perfect for all abrasions, cuts and scratches.

Octenidine dihydrochloride was introduced in the mid-1980s as a result of a search for a safe antiseptic for oral mucosa. The effect was achieved thanks to the synthesis of a positively charged molecule representing the group of antimicrobial active bispyridines. Further studies that were conducted showed clinical confirmation of octenidine’s action and its antimicrobial efficacy, as well as full safety of use.

Improper wound healing can lead to numerous complications. The use of octenidine dihydrochloride due to its properties works well in many fields of medicine. It is willingly used in the infection of surgical wounds, the care of postoperative sutures, in paediatrics and for disinfecting the oral cavity.

You can even use octenidine after a mosquito bite, when you have a sore throat, or when you are struggling with an intimate infection. Octenidine is effective against infections, and above all, its use does not cause stinging or burning. In addition, the agent makes each wound heal faster.

Initially, octenidine was used as a safe antiseptic for oral mucosa. Over time, it turned out that it is also effective in the treatment of all wounds, in urological and gynecological procedures.

Octenidine is very universal, it is used in the treatment of acute wounds, traumatic wounds, as well as burns, frostbite, wounds caused by chemical agents or radiation.

Iodine and spirit are not as good as octenidine. Iodine stains the wound and makes it impossible to determine its healing. However, spirit causes additional irritation, although until 2010 it was recommended for disinfecting the navels of newborns. Unfortunately, not only did it not speed up the healing of the wound, but even delayed it!

The effects of octenidine

It is not true that the burning sensation after decontaminating a wound means that the wound is healing. Pain is a signal of additional irritation to the wound. Redness and itching are other negative effects of disinfecting the wound with traditional methods. It is different in the case of preparations with octenidine. Information and research on this remedy have shown that its action is painless and safe.

Preparations with octenidine are colorless, their use does not cause any side effects. In addition, octenidine fights pathogenic microorganisms around the clock! This is because the substance is not absorbed into the body. Octenidine acts primarily superficially, i.e. on the wound itself, skin or mucosa.

The effects of octenidine do not damage healthy tissues, do not cause allergies, do not bring any side effects, do not cause bacterial resistance, do not cause pain when applied to a wound, do not stain the wound, and also work for a very long time.

Octenidine is well tolerated by the patient’s tissues. During its use, there is no phenomenon of induction of microbial resistance to octenidine. This makes it recommended even for operations, including antiseptic procedures that ensure sterility. Octenidine is effective against bacteria such as staphylococcus aureus, which causes skin and soft tissue infections and is resistant to antibiotics. If, due to activities that disrupt the skin, the bacterium enters soft tissues, it can cause an infection that spreads through the bloodstream or into the bones. The ability of octenidine to remove staphylococcus has been confirmed by tests.

There is a “sustained effect” phenomenon with octenidine. In short, this means that the antiseptic binds to the cells of the patient’s body and gradually detaches from them while still exhibiting antimicrobial activity. The sustained effect is a very important feature of an antiseptic in the treatment of chronic wounds. Very important in this case is the ability to bind to the host cell matrix for a minimum of 24 hours and be released from it in antimicrobial concentrations without cytotoxic effects.

How does octenidine work? On the surface of eukaryotic cells, this substance forms complexes with proteins that are characterized by low cytotoxicity and antimicrobial activity.

A very important feature of an antiseptic is that it is not toxic to the host cells. The biocompatibility index provides information on the antimicrobial activity of the agent. Octenidine also has the best parameters in this respect.

Octenidine when to use?

Octenidine is a new generation disinfectant. It is used in the destruction of bacteria, even the very resistant ones, such as Chlamydia or Mycoplasma, as well as fungi, protozoa and viruses.

As previously mentioned, the mechanism of action is to damage the microbial membrane and cell wall, which leads to cell death. The great advantage is that octenidine does not damage healthy cells at the site of decontamination. Thanks to this, the use of octenidine does not bring additional pain.

How to use antiseptics such as octenidine:

Antiseptic drugs can be used on small wounds and for antiseptic treatment of mucous membranes and before and after surgery, in gynecology, urology, proctology, dermatology, geriatrics, venereology, obstetrics and dentistry. In addition, they can be used:

The action of octenidine begins after the first minute of application and lasts for 60 minutes, thanks to which complete safety is maintained during diagnostic, therapeutic and surgical procedures. Octenidine acts on the surface of a given site. It is indicated for use in short antiseptic procedures before, during and after diagnostic procedures in gynecology, urology, proctology, dermatology, geriatrics, venereology, obstetrics and dentistry. When rinsing the wound, it is necessary to carefully introduce octenidine so as not to introduce the preparation under pressure. Also, do not exceed the dose of octenidine.

Rapid wound healing and effectiveness are the main advantages of octenidine. However, that’s not all. This substance has various forms. We can find octenidine in the form of a wound gel, a wound irrigation solution, a liquid antiseptic, and even an antibacterial body lotion. The gel form is a gentle and painless method for wounds that keeps their environment moist. In addition, the gel inhibits the growth of bacteria in the wound bed and in the occlusive dressing. The gel can also be used to treat thermal wounds and various types of burns.

On the other hand, the wound irrigation solution is a product with a completely different effect. The use of the solution helps to quickly and effectively clean the wound and remove plaque and clots painlessly. The irrigation method moisturizes wounds and keeps them moist, thanks to which wound healing and healing is efficient and in the right conditions. The irrigator can also be used as a saline equivalent to remove bandages and dried, adherent dressings. The solution cleans perfectly, and its action in no way adversely affects the skin and tissue. The drug can be used on all types of wounds, even chronic wounds, as it can be used safely for a long time. The preparation is stable for 8 weeks after first opening.

As for the antiseptic, it can be used for traumatic, acute and chronic wounds, as well as for surgical wounds and burns. Sick skin and mucosa can be safely disinfected using this method. The drug is used in preoperative antiseptics of the skin adjacent to the mucous membranes, often during caesarean section. In addition, it is used in premature babies and infants, and can also be used after the first trimester of pregnancy.

The last form containing octenidine, or antibacterial emulsion, is an ideal hair and body wash that kills bacteria. Contains nourishing substances, prevents skin dryness and supports the lipid coat. You can easily use such a preparation on the skin of premature babies and children. The emulsion is also used in the daily hygiene of patients, including bedridden patients, because it has a neutral pH and does not contain fragrances or coloring agents.

How to care for wounds?

Parts of the skin or mucous membranes should be decontaminated with octenidine from an atomizer or with a sterile swab impregnated with a preparation that contains octenidine. On the other hand, rinsing the mouth should last for about 20 seconds. After rinsing, the bitter taste will persist for about an hour. A feeling of warmth or burning may occur when octenidine is used for vaginal irrigation. Octenidine is not absorbed so it is unlikely to cause side effects. Octenidine can also be used with silver-containing dressings.

Appropriate treatment of each wound should be preceded by an analysis. What caused the wound and what is its form? It is also worth identifying treatments that have been unsuccessful so far, as this also allows you to determine what type of wound you are dealing with. This is very important for chronic wounds. Then diagnostics are performed, and finally a treatment plan is drawn up. The first stage of wound treatment is to clean it with dressings. Then it is necessary to move on to wound antiseptics. A primary dressing is applied, i.e. a compress, a specialist dressing or a gel form. Depending on the choice, a secondary dressing is applied, which has additional antibacterial properties. Depending on the effects of the application, you can choose a different treatment method. Octenidine protects against infections and supports healing.

In the case of infected wounds, it is necessary to use an antiseptic with an appropriate biocompatibility. In addition, such an antiseptic must be compatible with dressings that contain an antibacterial substance. The dressing must be absorbent enough to the exudate and conform well to the wound bed. Remember that you must not combine the action of octenidine and iodine antiseptics, because there is a chemical reaction that releases pure iodine! 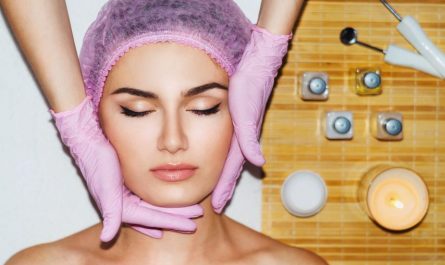 Reflexology – what is it? Where is it coming from?